A handful of those were great reads, but three of the truly excellent reads included a book about three older women who changed their lives and found their dreams, a fantasy that started off with a girl who had never set foot on land, and a girl who has never really thought about her ethnicity and is forced to not just confront it but decide how it will shape her life. 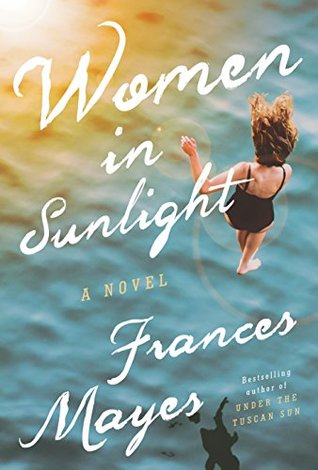 Women in Sunlight, by Frances Mayes (she also wrote Under the Tuscan Sun) is about three older, single American women who become friends and defy expectations to move to Italy. While there, they truly embrace themselves and who they are as they create their best lives yet.

Crown of Coral and Pearl, by Mara Rutherford. Nor and her twin sister are the most beautiful girls in Varenia, so they know one of them will be chosen to marry the prince of Ilara. Nor longs to see the mainland, but when her sister is chosen, she knows that will never happen. Until her sister is injured and she’s chosen to replace her—finding Ilara a land of treachery, murder, and darkness.

Color Me In, by Natasha Diaz. Nevaeh has never really thought about her ethnicity, but when her Jewish father and her black mother separate, she and her mother go to live with her family in Harlem. One of Nevaeh’s cousins is angry because Nevaeh can pass as white and is oblivious to struggles of those around her in Harlem. Then Nevaeh’s dad decides she needs to embrace her Jewish roots, leaving Nevaeh struggling between two identities.

The Beekeeper of Aleppo, by Christy Lefteri.

Never Have I Ever, by Joshilyn Jackson.

Enchanted Ever After, by Shanna Swendson.

“Kingdom of Sea and Stone” by @mararutherfordwrites is the wonderful sequel to A Crown of Coral and Pearl. The adventure continues!
“These Vengeful Hearts” by @kl_writer is the story of Ember, determined to infiltrate the secret society at her school—and take them down before they hurt any more people.
“Fable,” by @adrienneyoungbooks is the tale of Fable’s adventures as she struggles to escape her dangerous life and find the father that abandoned her on that island years ago.
“Where Dreams Descend” by @janella.angeles is a riveting tale of darkness and magic where things in the mirror can be more than they appear.
“A Life Once Dreamed” by @achel_fordham is a wonderful historical fiction about leaving the past behind and learning to embrace the future.
“Cry of Metal & Bone” by @leslyepenelope is the third installment of the riveting Earthsinger Chronicles.