Discerning the Voice of God, by Priscilla Shirer (spiritual). Loved this!

Wuthering Heights, by Emily Bronte, (classic). Can we talk about how much I disliked EVERY SINGLE character? Seriously. I read this 20+ years ago and had forgotten just about all of it. Wishing it had remained that way…

The Knife of Never Letting Go, by Patrick Ness (TBR). Honestly…I thought this sucked. It just wasn’t to my taste at all.

On the Shoulders of Hobbits, by Louis Markos (nonfiction). This was a really fascinating read about faith and fiction.

The Pearl Thief, by Elizabeth E. Wein. (cultural). The first I’ve read by this author, and I enjoyed it.

We Met in December, by Rosie Curtis. This was such a fun read! I enjoyed discovering London and all Jess’s adventures as she falls for her charming flatmate.

The Family Upstairs, by Lisa Jewell. This was a creepy read, and one almost unbelievable to me. If everyone sees the signs their life is becoming a cult, why not take action, before people die?

The Bake Shop, by Amy Clipston. I thoroughly enjoyed this Amish romance about Christiana, who opens a bake shop in the Amish marketplace, next to the cranky Jeff, who just can’t seem to get his words to come out right.

Day Zero, by Kelly deVos. Jinx’s dad is a doomsday prepper, so she’s spent years training for the end of the world. When it happens, though, Jinx is stuck trying to take care of her little brother, her opinionated stepsister, her stepbrother…pretty much everyone, as they struggle to find her dad, accused of causing the destruction. But the truth is far harsher than the rumors. 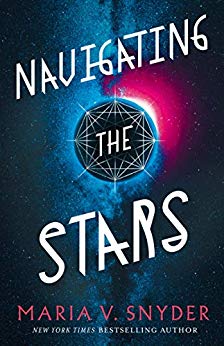 Navigating the Stars, by Maria V. Snyder. Sci-fi, YA, romance…Terra Cotta Warriors are found on other planets, and Lyra’s parents are the experts studying them. How cool is that premise? I couldn’t put this one down! 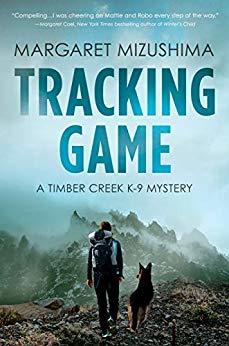 Tracking Game, by Margaret Mizushima. I wasn’t really a fan of this K-9 murder mystery. The writing wasn’t solid enough, and the MC was…I don’t know. I just couldn’t connect with her.

Chasing the Shadows, by Maria V. Snyder. Loved this second book in the Sentinels of the Galaxy series even more than the first!

Mercy Road, by Ann Howard Creel. An excellent historical fiction about Arlene, who joins an all-women team on the front lines of World War I as an ambulance driver.

The Confession Club, by Elizabeth Berg. When a group of friends who meet weekly for dinner start confessing secrets in their get-togethers, they aren’t expecting the depths of each other they’ll explore. One of them is in love with a troubled homeless man. Another is hiding the truth from her husband. Will The Confession Club help them deal with their secrets? I thoroughly enjoyed this read!

This Really Happened, by Annmarie McQueen. This is told in alternating timelines: Erin’s day-to-day life when she comes to university, where she meets her group of friends and falls in love with one of them, and blog posts she writes in the future, after a tragic accident. 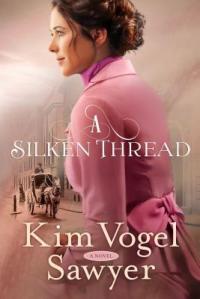 A Silken Thread, by Kim Vogel Sawyer. I thoroughly enjoyed this tale sent in Atlanta a few years after the Civil War. The Atlanta Exposition is the setting, and I found it fascinating.

A Christmas Haven, by Cindy Woodsmall. A sweet Amish romance about Ivy, who wants to leave her faith to start her party-planning business, and Arlan, who’d do anything to keep his sister safe. 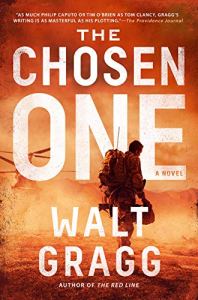 The Chosen One, by Walt Gragg. I cannot recommend this military fiction. The POV was too distant, and the (very) few female characters were ridiculous caricatures.

Safe Harbour, by Christina Kilbourne. Harbour has been living in a a tent outside Toronto for months, waiting for her dad to arrive with their sailboat. But winter is approaching and her dad still isn’t here, and Harbour will have to find a way to survive the bitter cold.

Lake Season, by Denise Hunter (review forthcoming). When Molly’s parts died in a tragic accident, she, her brother, and her sister decided to fulfill their dream of turning their childhood home into an inn. Then Molly finds an unsent letter from 30 years before, and decides to find who wrote it—and deliver it if she can.

Synapse, by Steven James (review forthcoming). This thriller about a minister and her AI robot seeking to stop a terrorist attack was riveting from the very first page!

Southern Harm, by Caroline Fardig (review forthcoming). Another of Fardig’s charming Southern tales has Quinn and her sister investigating a 30-year-old murder that just might hit closer to home than they suspect.

Call Down the Hawk, by Maggie Stiefvater. A spin-off series to The Raven Boys? I’m in! Loved this read. A bit…quirky, but the wry humor had me snorting with laughter. Some beautiful sentences in there, too.